Painshill, for those that do not know us, is a landscape garden in Cobham, Surrey. Originally created in the 18th century it is 158 acres of garden designed to be a walk. As the visitor strolls dramatically placed follies and stunning vistas unfold before them. What the visitor often doesn’t realise is that, under their feet, live a large collection of badgers. Painshill visitors will often get a glimpse of birds, rabbits, deer and maybe a fox or a mink. However we never hear of visitors spotting badgers. These Painshill residents are so silent in opening hours you wouldn’t know they are there. 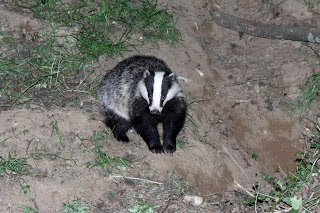 At the beginning of 2020 we set around trying to get some footage of the elusive and shy mammals. Armed with a small motion censored camera we went looking for active sets across the site. Active sets are often spotted by their shape, they are longer and far more oval than a rabbit hole, as well as their cleanliness. Badgers will clean their entrance of leaves and twigs. Cluttered plant debris in addition to spider webs in the entrances are sure signs that a set isn’t occupied.
We imagined it might take a while to find the right spots so were surprised to capture footage on the very first night. By the end of the first week we had a recording of two badgers living in the same set.
By April we got various footage of badgers mating which lead us to hope that there might be cubs in the area later in the year. As winter turned to spring we were delighted to also capture some badgers in the daylight. We started to capture them at 7 o’clock in the evening or 5 o’clock in the morning while the summer sun was still out. 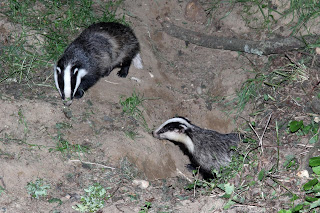 Very soon it became apparent that Badger CAM was wrongly named. The camera, even when directly over a badger set, picked up not just badgers but a huge range of wildlife. Rabbits and birds were extremely common. However we also saw foxes regularly. During lockdown even cameras close to the Visitor Centre caught brief glimpses of deer. Without visitors to scare them, deer roamed further and further into the park and closer to areas normally busy. 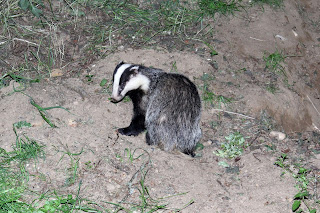 If you would like to follow our progress with badger cam please like @painshill on social media or sign up to our mailing list. Or why not get yourself a camera and see what you can spot in your garden at night. It is a wonderful way to stay connected to nature in a year when we are all feeling the effects of stress. 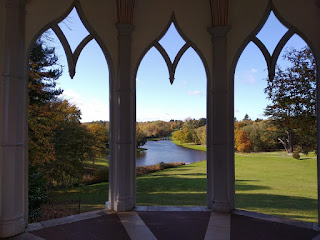 Autumn is a beautiful time to take a visit to Painshill. Walk around a work of art and enjoy a stunning display of the season’s colour. However if you are visiting we ask you don’t go looking for badgers. We kindly request you leave them and their homes in peace.

What's on for families in 1066 Country this autumn?

From lantern-lit ghost tours and spooky museum hunts to outdoor laser battles, fungi walks  and predator fishing, 1066 Country is packed with creative ideas for entertaining your family this autumn.   Let ’ s start with every paren t’ s  favourite : the free stuff.  Running throughout half term week is the excellent  Hastings Storytelling Festival , which this year is a blend of online and socially-distanced events. (Note some events are for adults only – but kids will love Dan the Hat   and the  Children’s Book Carnival . )   In more free news,  Where’s Wally is back at Hastings Museum & Art Gallery for   a  Spooky Museum Search .  The   Fishermen's Museum on Hastings seafront,  Bexhill Museum  and  Battle Museum  have all also reopened, though on reduced hours so please check ahead.   Combine your educational trip with burning  off some steam at Battle Recreation Ground ’ s wooden  adventure  castle, or the zip wire, tree house and sandpit at   Egerton Park  in Bexhill,  and