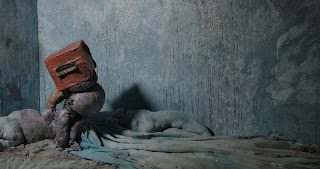 The world-famous landscape garden at Stowe in Buckinghamshire is the setting for a new multi-media exhibition inspired by the sixteenth-century poem The Faerie Queene by Edmund Spenser that starts on 8th May.

Spenser’s epic unfinished poem, one of the longest in the English language, is an allegorical tale of chivalry and virtue that follows characters on chivalric quests.

In a partnership between the National Trust and Oxford University, Stowe’s exhibition, Demons Land: a poem come true, is a re-imagining of The Faerie Queene and tells the story of an attempt to build a world in the image of the poem.

The narrative for Demons Land is the brainchild of a character called The Collector and is his attempt to build a world in the image of The Faerie Queene. The story is curated by a fictional contemporary woman called Ola who discovered a tranche of the Collector's paintings and manuscripts.

Demons Land unfolds on a journey around Stowe’s landscape garden, temples and monuments using film, soundscapes, sculpture and paintings that reflect the dark side of man’s attempts to impose control on a chaotic world.

The project was conceived and written by Simon Palfrey, Professor of English at Brasenose College, Oxford and is a collaboration with Tom de Freston (artist), Mark Jones (filmmaker), Luke Lewis (composer), Stephanie Greer (actress) and a team of staff and volunteers from the National Trust at Stowe.

Stowe’s garden was created in the eighteenth-century by aristocrat and politician Lord Cobham and revealed his beliefs about the politics and morality of the day. Public virtue and private vice lay at the very heart of the design where visitors then, as now, were presented with choices between the paths of virtue, vice or liberty.

'Our first visit to Stowe convinced us that it is the perfect site for Demons Land.
'The gardens and temples are a unique attempt to make a poetic vision come true.
'The paths of Vice, Virtue and Liberty reflect the utopian ideals of Spenser’s poem and The Temple of Venus at Stowe once contained paintings of scenes from The Faerie Queene.
'The Collector’s attempt to build a world in the image of The Faerie Queene is a rapturously literal vision of poetry and history, in repeating rhymes, rhythms and stanzas.
'Demons Land will show how he would succeed where Spenser did not: he would complete the unfinished poem and the project of reformation that it served.
'The poem did indeed come true – but not as the Collector imagined.'

'We are delighted to be hosting this new exhibition which draws on Stowe’s history and shines a light on a little known story.
'It will give visitors a new perspective on this famous garden.
'Through the different media of film, music and art, Demons Land presents some thought provoking, perhaps even challenging ideas that reflect some of the original concepts the gardens at Stowe were founded upon 300 years ago'.


The exhibition is funded by The Oxford Research Centre in the Humanities (TORCH) and the Arts and Humanities Research Council (AHRC). Following its staging at Stowe,