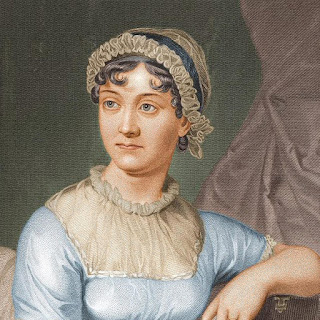 As the birthplace of Jane Austen, Basingstoke is set to mark the 200 anniversary of her death with celebrations, events and specially commissioned artworks throughout the borough in 2017.

Born in 1775, the celebrated author lived the first 25 years of her life in Steventon, in the Hampshire countryside, and was known to often frequent the nearest town of Basingstoke for dances.

'On the 200th anniversary of Jane Austen’s death, it is only right that the borough where she was born, should hold events and celebrations to highlight how her work still entertains and inspires people today.'

‘Born in the borough’ has been announced as the theme of the sixth Basingstoke Festival in honour of ‘local girl’ Jane Austen. Events and performances will be held throughout the festival to celebrate the world-renowned 18th century author, who drafted some of her best known works while living in this area.

Inspiring new pieces are being commissioned showing the continuing relevance of the themes in Jane’s writing. Attracting international artists and big name acts to perform in the borough is part of the planning work now underway for the Basingstoke and Deane Borough Council-run festival from Friday 16 June to Sunday 9 July. 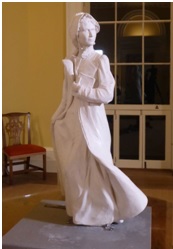 Local artist Adam Roud has been commissioned to create the first statue of Jane Austen to be cast in Bronze. The fundraising for the statue, which will be installed in Basingstoke’s Market Place, has been led by the town’s MP Maria Miller, through trust grants and individual donations. Once completed, the statue will be the first ever of Austen in the world. A maquette model has been produced by the artist, with the actual statue to be installed a week before the anniversary of her death on Monday 10 July outside the Willis Museum. It will be launched on the anniversary of her death.

As a part of the celebrations, visitors will be able to follow a trail of ‘Sitting with Jane’ BookBenches. Sitting with Jane is part of Hampshire Cultural Trust’s Jane Austen 200 project (see www.janeausten200.co.uk). It is a Wild in Art event organised by Destination Basingstoke in association with Festival Place shopping centre. 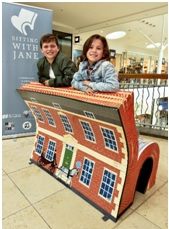 It will be a public art trail made up of 25 BookBenches in and around Basingstoke, each uniquely designed and painted by a professional artist to celebrate Jane Austen’s life. The trail will give visitors the opportunity to explore north Hampshire - from beautiful villages and some of the unchanged landscapes that inspired Jane Austen’s work, to modern and traditional visitor attractions and great shopping – you don’t need to know anything about Jane Austen to enjoy it and it is suitable for visitors of all ages and nationalities. The trail combines culture and history with a stunning collection of modern and traditional art work inspired by the world famous author.

The trail will only be in place between 17 June and 31 August, and is free to do. Each BookBench is located somewhere of interest to visitors – from Steventon – the village where she was born, to Winchester Cathedral where she is buried, and many places in between that inspired her.

At the end of the event, the ‘BookBenches’ will be auctioned with all proceeds going to The Ark Cancer Charity.