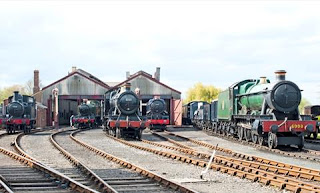 Didcot Railway Centre has been awarded a Certificate of Excellence for 2017, the third successive year, the award has been given to the Centre.

The Certificate of Excellence accounts for the quality, quantity and recentness of reviews submitted by travellers on TripAdvisor over a 12-month period.

To qualify, a business must maintain an overall TripAdvisor bubble rating of at least four out of five, have a minimum number of reviews and must have been listed on TripAdvisor for at least 12 months. 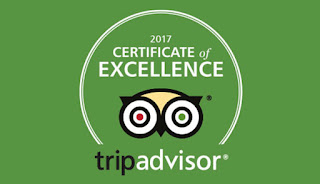 ‘I am delighted that Didcot Railway Centre (DRC) has again been awarded the TripAdvisor Certificate of Excellence for the year. ‘It is very gratifying for the many volunteers involved here, and shows that their continued hard work has been worth it.’ Richard Croucher, Chairman of the Great Western Society, which runs Didcot Railway Centre said:

‘It is great news that Didcot Railway Centre has again been awarded the TripAdvisor Certificate of Excellence. Heritage railways and living history museums are an important part of explaining our heritage to current and future generations of enthusiasts.

‘Being given this award again reflects a high degree of professionalism within an organisation. It is a real achievement that shows how Didcot Railway Centre has developed into the successful visitor attraction it is today.’